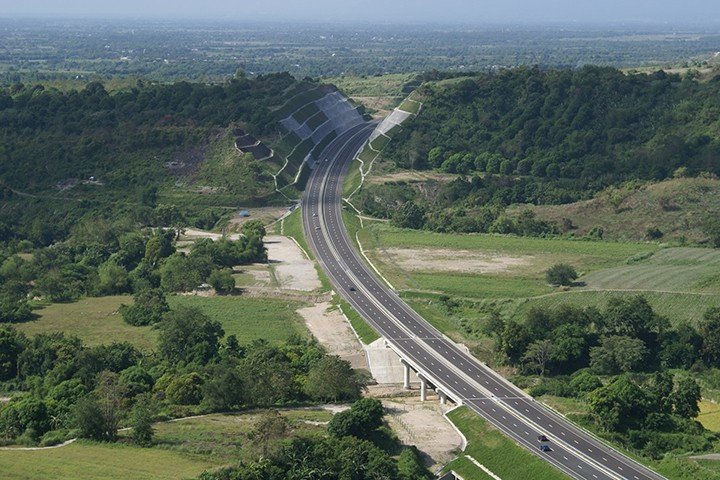 One of BCDA’s finest achievements in infrastructure is the SUBIC-CLARK-TARLAC EXPRESSWAY (SCTEX) the country’s longest expressway at 93.77 kilometers. Its construction began April 5, 2005 and was fully operational on April 28, 2008. The SCTEX was to transform the Central Luzon region into a world-class logistics hub in the Asia-Pacific region through the integration of economic activities in the Subic Bay Freeport, the Clark Freeport Zone, and the Central Techno Park in Tarlac by linking major infrastructures, such as the Seaport in Subic and the Diosdado Macapagal International Airport in Clark.

The SCTEX is now revolutionizing the way business and leisure is conducted in the Central Luzon region. Built to serve the needs of motorists, tourists, commuters and the region’s residents and businessmen, this 94-kilometer modern toll road supports Central Luzon’s evolution into a major multi-modal logistics and transhipment hub in Asia. Connected to the North Luzon Expressway (NLEX) from Manila, travel time from  Clark to Subic has been reduced to 40 minutes and Clark to Tarlac to 25 minutes.

As the shortest, most direct and most efficient link connecting the Subic Bay Freeport Zone in  Zambales, the Clark Freeport Zone in Pampanga and the Central Technopark in Tarlac, the SCTEX now drives the region’s economic development. SCTEX not only serves as a pathway linking key facilities and infrastructures such as the Subic Seaport and Clark International Airport, but it also created a portal by which Central Luzon can now trade directly with internal markets. Residents, traders and businessmen now have greater opportunities in investment, trade and employment as goods and services can now be imported from and exported to the rest of Asia and the world with more efficiency and less cost.

SCTEX also paved the way for the construction of the 88-kilometer Tarlac-Pangasinan-La Union Expressway (TPLEX), a project of the Department of Public Works and Highways (DPWH), completing the seamless NLEX-SCTEX-TPLEX road network that shortens travel time from Manila to the northern part of the country.

The Bases Conversion and Development Authority (BCDA) extends its gratitude to Secretary Vince B. Dizon for his tireless service and dedicated leadership over the past five years, which were marked by numerous accomplishments and recognitions for the

The Athletics Stadium at New Clark City in Capas, Tarlac has secured another nomination from the World Architecture Festival (WAF), proving once again that Filipino architects and engineers are capable of constructing buildings that can stand out on

Construction is underway for the Php 557.8-million first phase of the National Academy of Sports (NAS), a green and climate-resilient learning center and training ground for deserving Filipino scholar-athletes, at New Clark City in Capas, Tarlac.