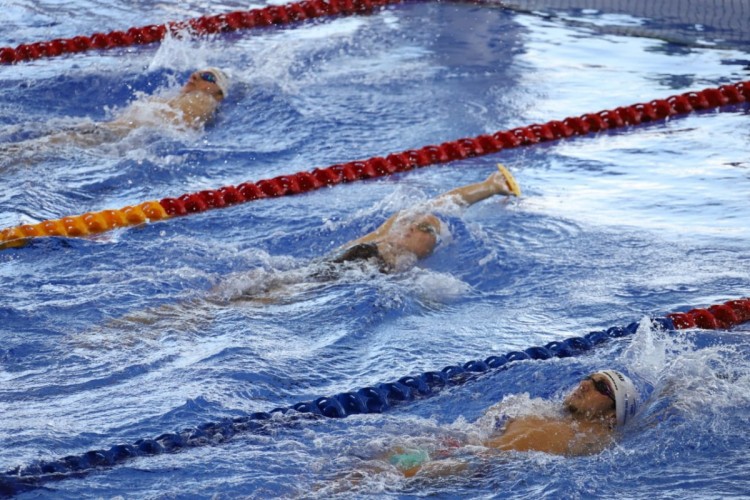 The 17-member team from the Israel Swimming Association began their preparations for the upcoming competition using facilities at the internationally certified swimming arena last Saturday.

This is the first time that the Aquatics Center is hosting an event since the outbreak of the COVID-19 virus in the country and the enforcement of community lockdowns.

“I travelled all around the world and saw thousands of aquatic complexes. New Clark City’s facility is among the best in the world!” said David Marsh, former US Olympic swimming coach and professional adviser of the Israeli team.

Swimmers from the Israeli team were likewise impressed with the world-class swimming center in Tarlac.

“It’s a really nice pool with really nice surrounding views. And the bright color of the pool makes it look even better. More importantly, I like how the pool is really fast. Thank you for having us here!” said Andrea Murez, 29-year-old swimmer for the 100-meter Freestyle.

BCDA President and Chief Executive Officer Vince Dizon, also the deputy chief implementer of the country’s pandemic response, said the event will not only boost the Filipinos’ confidence in New Clark City’s world-class facilities, but also “showcase the capability of the country to recover from the pandemic.”

“We are thrilled yet humbled at the same time to host our friends from Israel in New Clark City’s first-ever sports bubble. Israel is one of the leading countries in the world for COVID-19 vaccination and response. So, for their athletes, coaches and officials to have the confidence to train in our country and at the Aquatics Center – that is truly a blessing,” Dizon said during a visit Thursday to the swimming facility.

Joining Dizon at the visit was Nir Balzam, Chargé d’Affaires of the Israel Embassy in the Philippines. Training was observed from a safe distance that did not compromise the integrity of the training bubble.

“We'd like to extend our thanks to Sec. Vince, BCDA, and the Philippine government for being a true friend of Israel and also for hosting our swimmers. Having them here, training in this bubble setting where they can train freely, get acclimated to the region and the time zone, we really appreciate it,” Balzam said.

With a total seating capacity of 2,000, New Clark City Aquatics Center has a 10-lane competition pool, eight-lane training pool and a diving pool. It is the only Fédération Internationale de Natation (FINA)-accredited swimming facility in the country.

“Since Tokyo and the Philippines have similar time zones (only one hour difference), the Israel team wanted to adjust as early as possible in preparation for the Olympics. Furthermore, the availability of world-class facilities made coming here more attractive,” said PSI President Lani Velasco.

For his part, Amir Tito, CEO of the Israel Swimming Association, said, “We would like to thank the PSI and their president, Lani Velasco, and all the organizers who made this camp possible. We were looking forward to a place with a similar time zone with Japan, and in a very tight schedule due to COVID-19, the Philippines showed the most interest and warm welcome than anyone else. The team has never been to the Philippines and are very excited to be there!”

BCDA, in partnership with CDC, already has a growing track record of hosting sports bubbles with the completion of Philippine Basketball Association (PBA) Philippine Cup last year, the FIBA Asia Cup Qualifiers in June, and the more recent PhilCycling National Trials for Road last July 10 and 11 with over 100 cyclists participating. All of these events were staged at the Clark Freeport Zone in Pampanga.