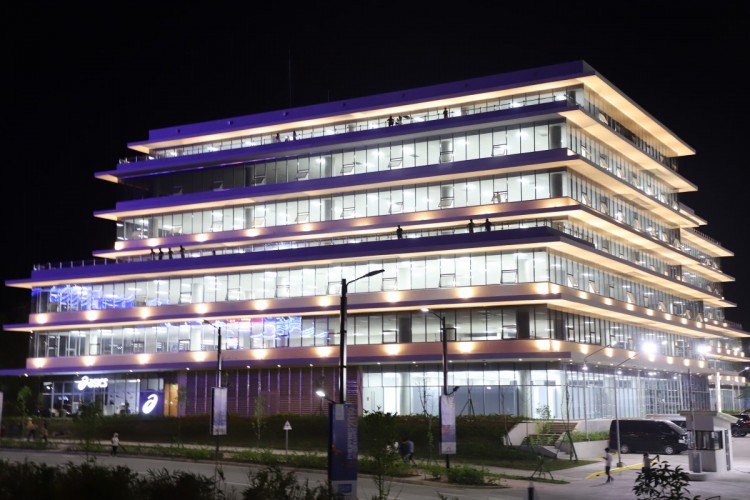 Speaking at the Asia CEO Clark 2021 Forum held on May 20, BCDA President and Chief Executive Officer Vince Dizon expressed optimism over the opportunities bound for Clark as soon as the country is able to overcome the COVID-19 pandemic.

“Once we move past COVID-19 and move towards recovery, we’re very excited for the prospects in Clark. We hope that the next administration coming in next year will continue and fast-track all these developments for the benefit of all Filipinos, not just here in Central Luzon but everywhere throughout the country,” Mr. Dizon said.

Mr. Dizon, also the presidential adviser for flagship programs and projects, said construction activities in Clark, Pampanga and New Clark City in Tarlac are “all systems go” despite the challenges brought about by the pandemic.

He said Clark is envisioned to become an international hub for businesses and investments, driven by the major expansion of the Clark International Airport. The airport’s new terminal building is slated to start operations towards the middle of the year.

“This (the airport) is really what’s going to drive the development not only in Clark, but in the entire region north of Metro Manila,” he said.

Earlier, the Department of Finance said Clark is expected to be a major growth driver for Central and Northern Luzon. Before the pandemic, Central Luzon’s economy grew 5.6 percent in 2019, driven mainly by the manufacturing and construction sectors.

During the forum, Rosemarie Rafael, chairman and president of logistics firm Airspeed International, described Clark as a strategic logistics hub given its accessibility to other cities in the National Capital Region.

“We’ve been in Clark for quite some time now and just to let you know that it’s really a place to invest. And we’ve invested also just recently in another warehouse outside the Clark free trade zone because we’re seeing that the foundation in Clark is good and stable and it is a strategic hub that can connect the other cities in NCR,” Rafael said.

For her part, Gemma Gaerlan, vice president at accounting outsourcing provider TOA Global Philippines, observed the abundance of large construction activities in Clark, which is an indication of massive growth in the area.

“If you come to Clark now, you will see a lot of ongoing construction that will open employment opportunities for the locals and those willing to relocate to Clark,” she said.

Gaerlan also shared her experience since moving to Clark earlier this year, specifically the lack of traffic and pollution issues, as well as the ease of doing business.

Meanwhile, Leechiu Property Consultants CEO David Leechiu expects Clark to become the next hub for the business process outsourcing (BPO) industry after Metro Manila, Cebu and Iloilo. He said this sector is currently the leading market in terms of demand for office space in the Philippines.

“Clark is the only other place where you can tap these many millions and millions of qualified workforce,” Leechiu said.

Moreover, he said Clark would be instrumental for a possible tourism boom in the country in the next 10 years.

Leechiu said infrastructure projects, particularly the expansion of the Clark International Airport, the Skyway extension project reducing travel time from Alabang to Balintawak, and the train that will connect Clark to Manila, referring to the North-South Commuter Railway project, will be “transformational for Clark in general, as well as for the entire Northern Luzon.”

“I’m so excited for the prospects of North Luzon because all these infrastructure combined working together will really integrate these regional economies,” he said.