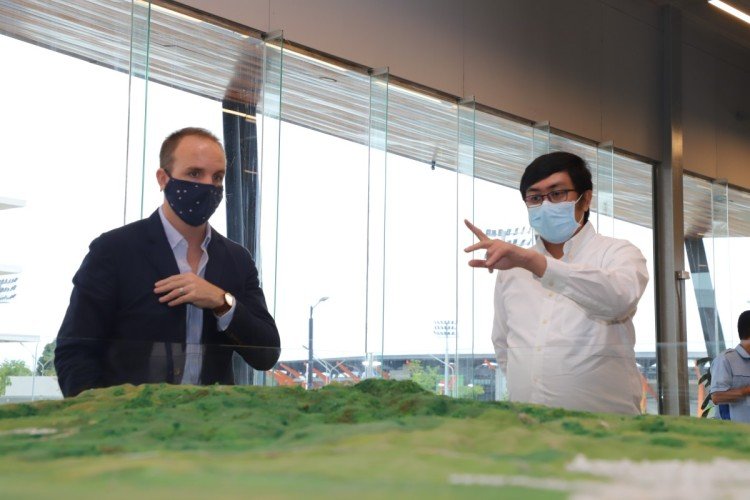 In a message to the Bases Conversion and Development Authority (BCDA), the US Embassy's economic team conveyed its optimism for New Clark City's potential as a driver of regional development.

"Supporting inclusive, sustainable economic growth has been the cornerstone of our bilateral economic engagement in the Philippines. The recent public release of the Biden administration’s Indo-Pacific Strategy highlights the United States’ commitment to a free and open Indo-Pacific and to strong economic partnerships in the region. Guided by the Indo-Pacific Strategy’s emphasis on shared prosperity, we continue to work with the Philippines to leverage economic strengths in both our countries," the US Embassy Economic Section said.

It added that, "New Clark City's development presents an opportunity to promote prosperity in Central Luzon and beyond. We look forward to continued investment—including by US firms—in key sectors like healthcare, renewable energy, information, and communications technology, and infrastructure."

New Clark City is being positioned as an alternate government center and investment hub outside of Metro Manila. Its location at the convergence point of vital infrastructure, including Clark International Airport, the Subic Bay Freeport, and the Subic Clark Tarlac Expressway (SCTEX), allows prospective businesses to move products and services with relative ease. Two upcoming railway projects, the North-South Commuter Railway Project and the Subic-Clark Railway Project, will enhance accessibility to New Clark City.

The US Embassy's economic team shared the message to BCDA following its recent tour of New Clark City.