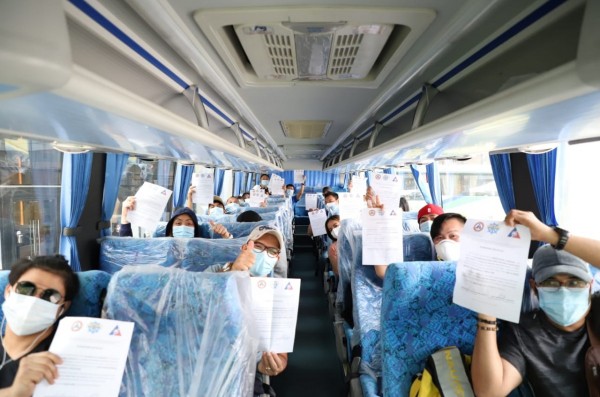 Factors that led to this improvement are the increased number of accredited COVID-19 testing laboratories nationwide which is now at 66; the steady supply of testing kits and other equipment; and the roll-out of an automated system for an orderly and smoother repatriation process for the huge number of returning overseas Filipino workers (OFWs).

In the past, RT-PCR test results come out after weeks which has ensued to testing backlogs and prolonged waiting time especially among returning OFWs under quarantine.

As of June, the turnaround time for the test results lasts from 48 to 72 hours – or within two to three days – compared to the two-week waiting time in March and April, and one week during May.

The recent arrival of 1.05 million testing supplies will further boost the government’s targeted testing among communities through the Test, Trace, and Treat (T3) strategy.

The national government targets to conduct one million tests by July, and this will expand to include testing among non-medical frontliners such as the media, the police and the military, social workers and volunteers in COVID-19 facilities, and those who are asymptomatics in jails and in “hot spot” barangays.

Ensuring that New Clark City will remain a safe space for business and people alike in the years to come, the Bases Conversion and Development Authority (BCDA) and the Philippine Army's 7th Infantry Division (7ID) renewed their sustained cooperation

The British Embassy Manila has turned over its Global Future Cities Programme (GFCP) final reports to the Bases Conversion and Development Authority (BCDA), paving the way for the implementation of  an integrated sustainability plan at New Clark City

The Clark International Airport (CRK) opened the gates of its new passenger terminal building on May 2, after all departing and arriving flights were transferred to the modern, state-of-the-art facility envisioned to be Asia's next premier gateway.