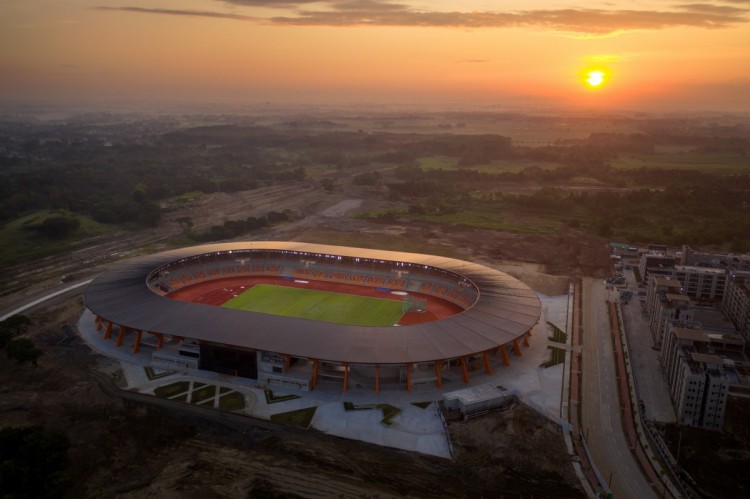 The Athletics Stadium at New Clark City in Capas, Tarlac has secured another nomination from the World Architecture Festival (WAF), proving once again that Filipino architects and engineers are capable of constructing buildings that can stand out on the global stage.

New Clark City’s internationally accredited sports stadium is vying for the Engineering Prize of the prestigious festival that is set to take place at the FIL Exhibition Center in Lisbon, Portugal from December 1 to 3.

“We are pleased to add another feather on our cap with the World Architecture Festival’s Engineering Prize nomination on top of Sport Completed Buildings shortlisting. For the New Clark City Athletics Stadium to be recognized at such a high level not only for its architectural brilliance, but also for its structural quality is a nod towards the thousands of engineers, designers and workers who completed this facility within a short period of time,” Dizon said.

MTD Chairman Isaac David also welcomed the recognition from the award-giving body. “We were really ecstatic about the news that the Athletics Stadium we built at the National Government Administrative Center (NGAC) in New Clark City was included in the shortlist of entries for the WAF Engineering Prize,” he said.

David added, “We are truly grateful for the opportunity and privileged to have partnered with the BCDA for the development of the NGAC, including sports and non-sports facilities. We’re also glad to have chosen Budji+Royal Architecture+Design as design consultants.”

The New Clark City Athletics Stadium is the first major sports hub constructed by the government since the completion of the Rizal Memorial Sports Complex in 1934.

With a 20,000-seating capacity, a nine-lane 400-meter track and field, and another four-lane warm-up track, the stadium served as a venue for the 30th Southeast Asian Games in 2019. It was previously nominated as one of the top 10 best stadiums in the world at the annual Stadium of the Year Awards.

Its design celebrates Filipino resilience, taking inspiration from the “caldera” or crater of Mount Pinatubo and the contours of the Sierra Madre ranges, and the festive details of the parols (Christmas lanterns) of Pampanga.

David said MTD Philippines focused on executing the architectural concept of the stadium, in compliance with international design codes and standards within a short period of 18 months.

The facility passed the scrutiny of the International Association of Athletics Federations (IAAF) – an organization of track and field organizations from 160 countries. For David, what sets it apart from other stadiums, however, is its “ inherent beauty, functionality, and balance that duplicates the natural surroundings of the area.”

As a finalist, the Athletics Stadium’s vision and concept will be presented by Budji+Royal to a panel during the WAF live event in December. Aside from the Engineering Prize, it is also in the running to win the World Building of the Year Award during the annual architectural event.

Royal Pineda, principal architect and CEO of Budji+Royal, described the Athletics Stadium as a product of modern bayanihan and expressed pride in sharing the honor with his fellow Filipino architects, as well as Filipino engineers.

“We’re currently working with MTD to prepare for the presentation as I need to get their stories on how the vision challenged them all. This is what’s great about having a common vision: we’re committed to work together to overcome all challenges just to make it happen. To recall the journey is both inspiring and rewarding,” Pineda said.