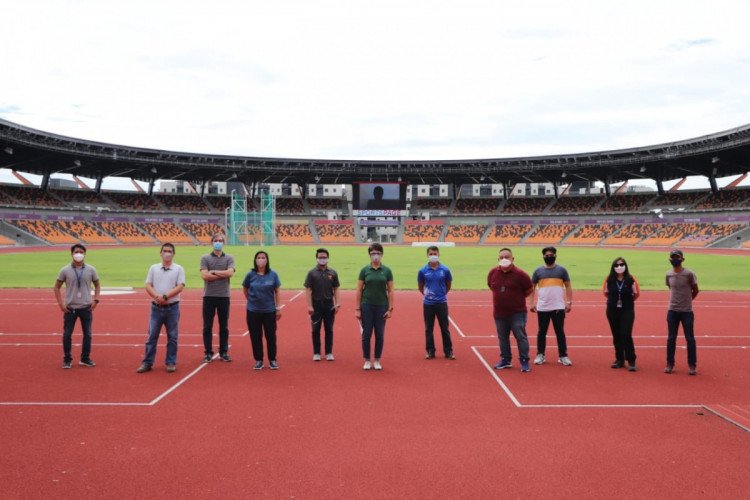 The National Academy of Sports (NAS) is on track to open classes and start the development of young scholar-athletes within the year, officials said during a recent site visit at New Clark City.

A contingent from NAS led by Executive Director Prof. Josephine Joy Reyes, Department of Education (DepEd) and the Philippine Sports Commission (PSC) visited New Clark City on December 4, Friday, to inspect the site of the academy pursuant to Republic Act 11470, as well as the sports facilities which will serve as the training ground of the student-athletes.

“It is significant for the NAS to be situated in New Clark City where the 30th SEA Games  in 2019 was held. This is a testament to the government’s capacity to have a continuous and sustainable program in optimizing the usage of the facilities that we have built for the hosting of the Games,” Reyes said.

New Clark City is the site of the first world-class sports complex developed by the government since the Rizal Memorial Sports Complex was built in the 1930s. It features the Athletics Stadium with a track certified as Class 1 by the IAAF, and an Aquatics Center certified by FINA.

BCDA President and CEO Vince Dizon said the sports facilities in New Clark City will be “the government’s lasting legacy in the development of future generations of athletes.”

“We are excited to see our young students train into becoming world champions. We hope the facilities in New Clark City will inspire and motivate them to excel further both in sports and their academics,” Dizon said.

According to Reyes, the NAS aims to be at the forefront of sports training and education in the Philippines. The establishment of the NAS institutionalizes an educational system to implement a quality and enhanced secondary education program with a special curriculum on sports.

“NAS will provide world-class facilities and services, including sports sciences, at par with international standards to develop the athletic skills and talents of student-athletes and at the same time provide high-quality academic instruction,” Reyes said, hoping that the national government’s initiative will inspire local governments to improve the quality of its sports and youth development programs.

“Most importantly, this nurtures the dreams of our young aspiring athletes that one day they will represent the Philippines to the extent of their abilities,” she said.