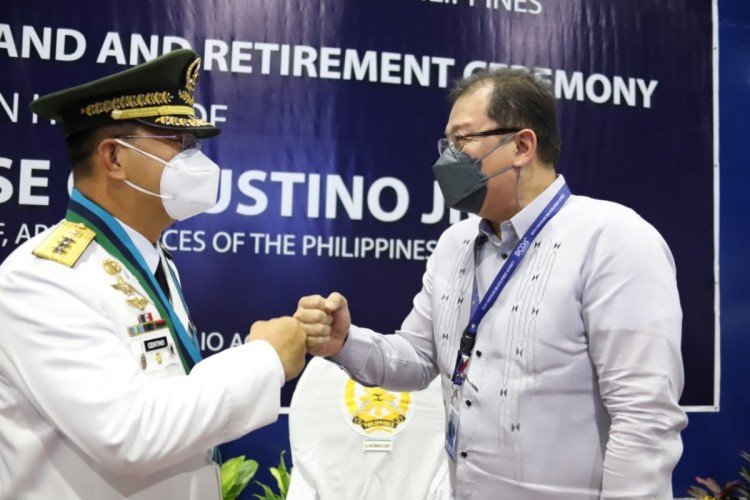 BCDA Officer-in-Charge President and CEO Aristotle B. Batuhan was among the first officials to congratulate the new AFP chief during the turnover of command ceremony at Camp General Emilio Aguinaldo in Quezon City on Friday.

“On behalf of the BCDA, I would like to offer our sincerest welcome to the newly appointed AFP Chief of Staff, Lt. Gen. Andres Centino. We are confident that with your years of experience, professionalism, and strong leadership, the AFP would be able to continue in magnificently performing its mandate of ensuring the safety of the Filipino people,” Batuhan said.

He added, “The BCDA vows to continue its strong cooperation with the AFP under the helm of Lt. Gen. Centino. We look forward to working with you in realizing the modernization of our Armed Forces, further strengthening our troops and beefing up our national security.”

Centino is the 11th AFP chief appointed by President Rodrigo Duterte. He succeeded Gen. Jose Faustino Jr., who is retiring after his three-month stint as AFP chief of staff.

Prior to this, Centino was assigned as the commander of the Philippine Army in May this year.

Pursuant to Republic Act 7227, the BCDA is mandated to raise funds for the AFP Modernization Program and to convert former US military bases into alternative productive uses.

From May 1993 to December 2020, BCDA’s contribution to the AFP reached Php 49.19 billion. Of this amount, Php 38.07 billion is earmarked for the AFP Modernization Program and Php 11.12 billion for the replication of military facilities.