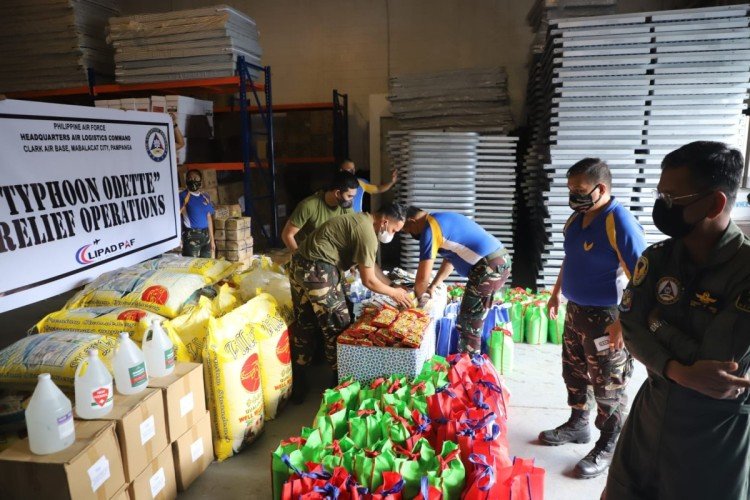 Responding to the urgent call for aid in the wake of Typhoon Odette, the Bases Conversion and Development Authority (BCDA), in partnership with the Air Logistics Command (ALC) of the Philippine Air Force (PAF), recently donated relief packages to calamity-stricken families in Cebu.

BCDA Officer-in-Charge President and CEO Atty. Aristotle B. Batuhan said the state firm immediately coordinated with the Air Logistics Command, recognizing the need for urgent action to help Filipinos devastated by the typhoon.

“By exhibiting the spirit of bayanihan and remaining united amid this adversity, we are able to bring temporary relief and happiness to those ravaged by Typhoon Odette, especially now during the Holiday Season. BCDA is fortunate to have the Air Logistics Command as an ally which can mobilize swiftly and bring aid to those who need it,” Batuhan said.

Following the onslaught of the typhoon, the Air Logistics Command at the Clark Air Base worked with partners in the local community to collect in-kind donations for affected families. These relief items are loaded into a C-130 military aircraft and transported to the calamity- stricken areas, where they are turned over to the national government through the National Disaster Risk Reduction and Management Council (NDRRMC). The NDRRMC is in charge of the distribution of these donations.

“I would like to extend appreciation to BCDA for showing their corporate social responsibility to the bigger Filipino community who are very in need due to the disaster caused by Typhoon Odette. This will serve as a small token to the victims for them to enjoy Christmas and the New Year in spite of what happened to them,” Amano said.

Data from the NDRRMC showed that the reported death toll due to the typhoon reached 389 as of December 27, while the combined damage to agriculture and infrastructure amounted to Php 22 billion.