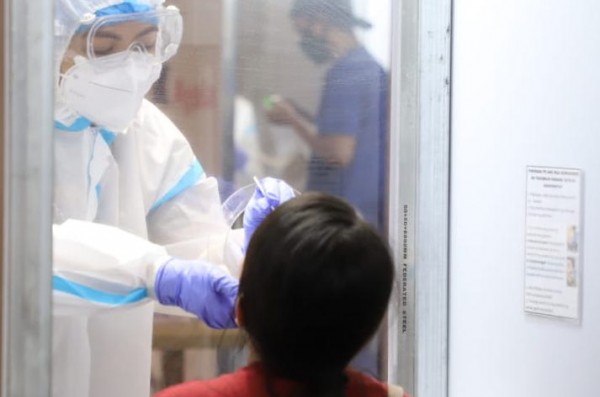 The Philippines has conducted more than three million COVID-19 tests as of mid-September, as the government continues to implement an aggressive testing program to detect COVID-19 cases.

In a recent webinar with investors, National Action Plan Against COVID-19 Deputy Chief Implementer Secretary Vince Dizon also reported that testing per day has drastically increased to almost 42,000 per day, from just over 500 tests conducted per day in March.

He also credited the Task Force Test, Trace, and Treat coalition with the private sector in the ramp-up of COVID-19 laboratories nationwide. The country now has a total of 125 accredited labs nationwide from only one in February.

“This is really a prime example of what we can achieve together if the national government, the local governments, and the private sector work on one unified purpose.”

According to the testing czar, balancing the risk of infection and the need to reboot the economy posed a serious challenge to the country’s ongoing pandemic response. He pointed out that the best option is to reopen the economy safely, as he called for the public’s continued cooperation by following health protocols.

“We cannot argue the fact that we need to open up the economy now, as safely as possible. That, I think, should be our objective. How do we do this? The experts have said that if we are able to have the capacity to test, isolate, and treat, and we make the general population follow the minimum health standards such as wearing of face mask and face shield, proper hand hygiene, and physical distancing, then we can open up the economy. And this is what we’re seeing in other countries.”

Dizon said that the government is looking into more innovations to test more Filipinos and speed up the turnaround time on the release of test results. These include antigen tests and pooled testing.

He added that under the PDITR strategy, COVID patients are quickly isolated from their communities to lessen the transmission of the virus, especially in densely populated cities. Dizon cited the experience of Navotas City which has successfully brought down its positivity rate last August, after reporting a record-high number of new COVID cases in July.