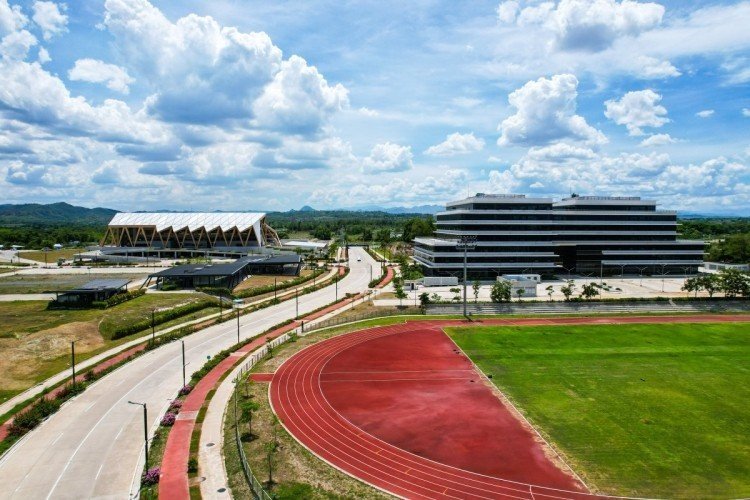 Pursuing their shared vision of positioning Clark as the premier destination for cycling and running, the Bases Conversion and Development Authority (BCDA), and GoClark Sports and Events will be hosting the first New Clark City (NCC) Duathlon race this July 17.

Around 650 professional and amateur duathletes are expected to participate in a test of strength and endurance, with New Clark City’s iconic sports facilities and extensive road network as backdrop.

The event signals GoClark’s return to New Clark City after two and a half years, following the hosting of the New Clark City Triathlon back in October 2019.

It is the first of three GoClark-organized events lined up in New Clark City this year, to be followed by the Clark Cycling Classic on August 27 to 28, and the New Clark City Multisport Weekend on September 24 to 25.

“The New Clark City Duathlon will be our inaugural duathlon race with New Clark City as the venue partner. It will also be the third leg of Clark's Duathlete of the Year Race Series,” said Jumbo Tayag, GoClark race director.

“The series is aimed at supporting and highlighting Duathlon Elites and is part of GoClark's program of developing and finding grassroots talents in the sport. Through the series, we also aim to highlight Clark and New Clark City as premier training and racing destinations for cycling, running, duathlon and triathlon,” he added.

BCDA Senior Vice President for Corporate Services Arrey Perez welcomed GoClark’s return to New Clark City, as well as the hundreds of athletes who will compete during the event.

“We hope this exposure will stir up more interest in the sport and expand the talent pool to choose from for decades to come. Our country abounds in talent; and that talent just needs to be nurtured. And what better place for this to happen than here in New Clark City–the home of future champions,” Perez said.

Duathletes will compete in different age groups. All finishers will receive a four-inch Finisher’s medal, while the top three of each group will receive additional plaques. The event will be highlighted by the ELITE races, to be joined by members of the National Team training pool.

“Since New Clark City played host to the 2019 Southeast Asian Games, the facilities are world-class. The BCDA also built a massive network of roads that can be used for cycling, duathlon and triathlons,” Tayag said.

Comeback of multisport events in Clark

GoClark Sports and Events aims to promote an active lifestyle by organizing a series of endurance and multisport events in Clark, which is now dubbed as the “Duathlon Capital of the Philippines.”

This year, GoClark has already organized three events at the Clark Freeport Zone–Clark Duathlon Classic, Clark Triathlon Classic and TriFactor Philippines Duathlon–all of which got strong participation from duathletes and triathletes.

“All three prior races have been well-participated and this is a good sign that people are starting to get comfortable with these events. Nevertheless, the virus is not going anywhere, and we still have the responsibility to wear our masks when necessary.  Of course, one of our advocacies is getting into an active lifestyle, and this helps combat any virus if we are strong and healthy,” Tayag said.

To keep this momentum going, GoClark will be holding more events in Clark and New Clark City this year.

The Clark Cycling Classic to be held on August 27 to 28 will feature individual and team trial cycling courses and a Gravel race. The New Clark City Multisport Weekend, which will take place on September 24 to 25, will be highlighted by the return of the New Clark City Triathlon.

“We hope that through this race and upcoming sporting events, more homegrown athletes will emerge as stronger individuals who can serve as examples to their families, communities, and the Filipino nation,” Perez said.