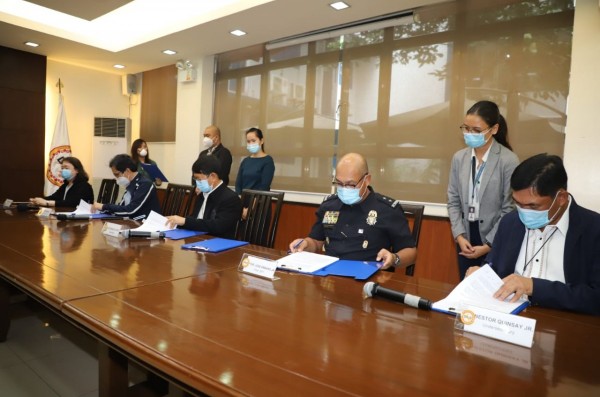 The Bureau of Fire Protection (BFP) and the Bases Conversion and Development Authority (BCDA) recently signed a memorandum of agreement (MOA) for the implementation of the Fire Code of the Philippines (Republic Act 9514), and the construction of a fire station in New Clark City.

Under the agreement, a technical working group shall be created by the BFP and BCDA to craft guidelines on responsible fire prevention, program training for fire safety practitioners and firefighters, and facilitate the establishment of a one-stop-shop for the registration of fire-related licenses and permits among New Clark City locators.

The BFP will also be constructing a 1,000-square meter fire station at New Clark City.

“We are glad that the Bureau of Fire Protection has partnered with us in strengthening fire prevention and response in New Clark City. BFP’s presence is an added value to the resilient features of the area, ensuring full safety and protection for future locators and residents in the city,” Dizon said.

The ongoing New Clark City development is home to the world-class facilities used during the 30th South East Asian Games. Facilities in the new metropolis include the 20,000-seater Athletics Stadium, the 2,000-seater Aquatics Center, 525-room Athletes’ Village, a 1.4-km River Park Corridor, government buildings and residences, and a UP-PGH Polyclinic with quality medical equipment and services.