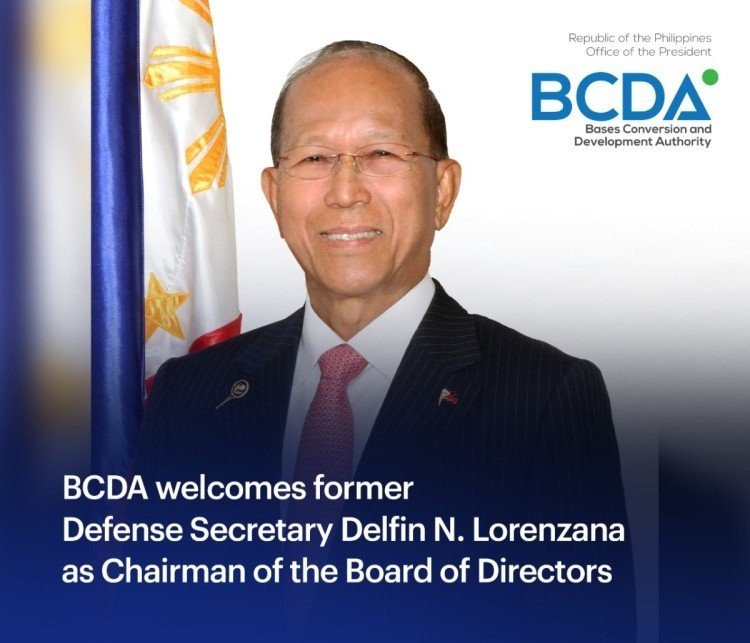 The Bases Conversion and Development Authority (BCDA) welcomes the appointment of former Defense Secretary Delfin N. Lorenzana as the new chairman of its Board of Directors.

Lorenzana took his oath of office before President Ferdinand Marcos Jr. on Thursday, July 7. He replaced Gregorio D. Garcia, who was an appointee of former President Rodrigo R. Duterte.

With his vast experience serving the Armed Forces of the Philippines (AFP) and the Department of National Defense, Chairman Lorenzana will provide the leadership and guidance to promote the welfare of Filipino troops and effectively advance the modernization of the military. This will forge a deeper, stronger connection between the BCDA and its key stakeholders.

The BCDA also thanks former BCDA Chairman Garcia for his excellent service. His invaluable contribution brought the BCDA to greater heights in the past six years. He breathed life into BCDA’s mantra of “helping strengthen the Armed Forces of the Philippines while building great cities.”

Created under Republic Act 7227, the BCDA is a government-owned and -controlled corporation which transforms former military bases into centers of economic growth. It remits the largest portion of its disposition income for the AFP Modernization Program.

BCDA’s total contributions to the AFP under the previous administration reached a record-high of Php 25.01 billion.

The state firm also made significant strides under the Build Build Build program, with the completion of world-class infrastructure projects, including the first phase of the National Government Administrative Center in New Clark City, and the opening of the Clark International Airport New Passenger Terminal Building.